From Goldstein’s holistic perspective, everything was interconnected

Kurt Goldstein (1878-1965) was a neurologist and psychiatrist whose holistic and organic vision challenged the fragmented thinking of industrial capitalism and of the Nazi regime in his native Germany.

Anne Harrington describes his life’s task as having been “to find a home for the democratic values of reason and individual freedom in the holistic, antimechanistic universe of Goethe”. (1)

He is credited, by Ruth Nanda Anshen, with having introduced “a new doctrine of organism which may be said to be taking the place of the materialism with which, since the seventeenth-century, science has enmeshed philosophy”. (2)

Goldstein argued that for many decades the German population’s sense of well-being had been eroded by the materialism of industrial capitalism. This was why there had such been an alarming rise in mental illness, suicide and social unrest.

As Harrington notes, he “found the chief sources of current degenerative trends in the mechanistic thinking and sterility of modern life”. (3) 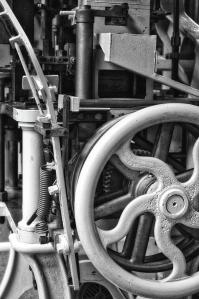 Goldstein also felt that, on an intellectual level, the new obsession with scientific methodologies and interpretations was undermining the collective culture and he warned against the dangers of applying this narrow and fragmented way of thinking to other realms.

He saw specific echoes amongst his patients of this new general narrowing of the human intellect and imagination, identifying “a more primitive ‘concrete’ mental attitude”. (4)

People affected by this deficiency could, for instance, describe objects as cherry-coloured or crimson but not simply as “red”. They could not grasp a general overview, but were fixated by very specific labelling.

Goldstein wrote of such a patient: “He has only individual words, belonging to an object like other properties, e.g, color, form, etc, but he cannot use the word if it merely represents the abstract class or category under which the object in question may be classified. He cannot use the words as symbols. The words have lost meaning in themselves”. (5)

Harrington explains that, even more significantly, it turned out that such patients were “at the mercy of the actual, of what in fact was. The merely possible became for such patients inconceivable”. (6)

From Goldstein’s holistic perspective, everything was interconnected, outside and inside the individual human being. The words ‘mind’ and ‘body’, for instance, did not point to genuine entities but were just ‘symbols’, human abstractions, denoting different aspects of an overall organic reality that could not in fact be divided.

When Hitler came to power, Goldstein was thrown out of his job and was then arrested and flogged with sand-filled rubber hoses for being “a Jew” and “a Red”. He left Germany for Amsterdam and then the USA.

There, in his old age, he resumed his critique of the scientific-industrial mindset, writing in an unpublished 1965 paper: “The progress by the application of science to all fields, also those which are related to the spiritual side of man, as education, psychology, sociology, etc, seems to be so enormous that somebody who today dares to oppose even a little this trend and warns against the fateful consequences for human existence is considered either stupid or uneducated, irresponsible or prejudiced”. (7)