Joseph Cornelius Kumarappa (1892-1960) was an economist who proposed a village-based non-industrial future for India.

A close associate of Mohandas Gandhi, he was the elder brother of the writer and activist Bharatan Kumarappa.

Historian Ramachandra Guha called him “The Green Gandhian” and declared: “J.C. Kumarappa, even more than M.K. Gandhi, was a prophet and pioneer of the contemporary environmental movement”. (1)

A 2003 article in The Hindu newspaper recalled Kumarappa as a “visionary who believed that India’s future was secure only in economic development that is pro-nature and pro-people, especially the poor”. (2) 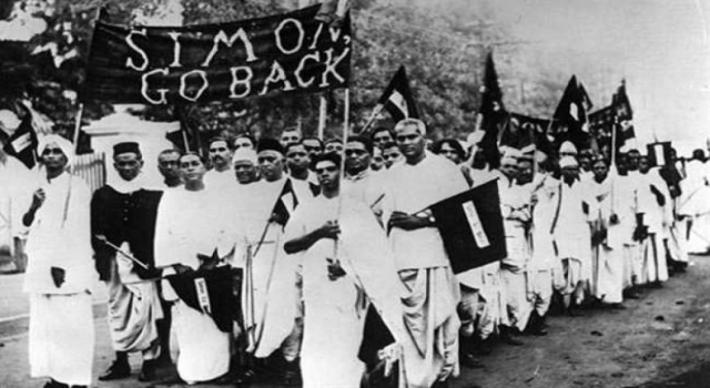 Because of his involvement in the anti-imperialist Quit India Movement, Kumarappa, like his brother Bharatan, was sentenced under the Defence of India Act and incarcerated in Jabalpur Prison by the British colonial regime.

A Tamil Christian by background, he is known for influential works on Gandhian economics such as Why the Village Movement (1938) and Swaraj for the Masses (1948), as well as for developing the All-India Village Industries Association.

He criticised Indian Prime Minister Jawaharlal Nehru for “leading India down the suicidal path of industrial development” rather than towards Gandhi’s vision of a village-centred non-capitalist economy. (3)

Kumarappa was a delegate to the 1949 Planning Commission, which discussed the economic direction of the newly independent India.

He expressed his anti-industrialism by turning up in a horse-drawn cart and was ordered off the road outside the government buildings. 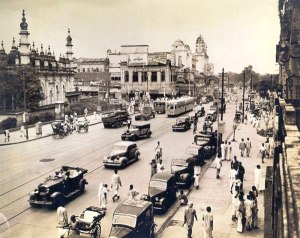 When Nehru told him that it was dangerous to drive a cart in an area with so many motorised vehicles, Kumarappa suggested that in that case the authorities should put up notices saying “motor cars and lorries not allowed”. (4)

Kumarappa’s vision for India favoured local rather than national self-reliance and was based on the concept of what he called “the economy of permanence”, wherein human beings collaborated with nature to meet their needs without disrupting the natural patterns of growth and renewal.

Write Venu Madhav Govindu and Deepak Malghan: “He developed an internally consistent teleological framework that delved into such fundamental questions of economic theory and philosophy as the nature of the individual, value theory, nature of work, division of labour, role of the state, right to property, and money as a medium of exchange”. (5) 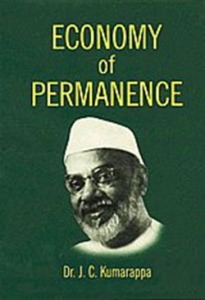 Kumarappa described the organic and ecological basis of his economics in his 1945 book Economy of Permanence, which he wrote in prison.

He said: “In animate life, the secret of nature’s permanency lies in the cycle of life by which the various factors function in close cooperation to maintain the continuity of life.

“If this cycle is broken, at any stage, at any time, consciously or unconsciously, violence results as a consequence of such a break.

“When violence intervenes in this way, growth or progress is stopped, ending finally in destruction and waste.

“Nature is unforgiving and ruthless. Therefore, self-interest and self-preservation demand complete non-violence, co-operation and submission to the ways of nature if we are to maintain permanency by non-interference with and by not shortcircuiting the cycle of life”. (6)